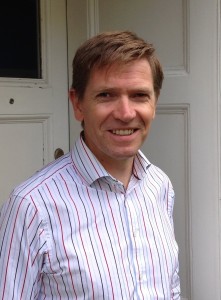 Paul is a Chartered Engineer and a Conservation Accredited Engineer (CARE).

He is a founding director of Fourem Consulting Engineers and leads the engineering approach taken to all projects, supported by technical staff.  He has a diverse range of experience in structural engineering, conservation engineering and civil engineering and has worked in private practice since graduating in 1992.

Many of the projects that he has worked on have been award winning.  He lectures on structural engineering and conservation to architecture students at the Cork Centre for Architectural Education. He has also lectured on conservation engineering for the Irish Georgian Society, the Building Research Establishment Ireland, Engineers Ireland the University of Limerick and Limerick City & County Council.

He is a member of the Institution of Structural Engineers and Engineers Ireland. He has a first class honours degree in Civil Engineering from University College Cork where he graduated in 1992.

Before Fourem, he worked as a senior engineer with Fearon O’Neill Rooney, Consulting Engineers in Dublin. There he was was project engineer for many projects including Grand Canal Quay Office Development (de Blacam & Meagher Architects), Ranelagh Multi-Denominational School (O’ Donnell & Tuomey Architects), the refurbishment of the steel swivel span at Sarsfield Bridge, Limerick, the structural repair of Dromoland Gazebo (Howley Harrington Architects) and reporting on twelve protected Georgian buildings at Henrietta Street, Dublin, for Dublin Corporation and Dublin Civic Trust.

Paul also spent five years at Alan Baxter and Associates Consulting Engineers in London where he worked on many new-build and conservation projects. This included large housing projects for Waltham Forest Housing Action Trust and construction and conservation projects at St Paul’s Cathedral, Hampton Court Palace, the Victoria and Albert Museum, the Palace of Westminster and the Tower of London.